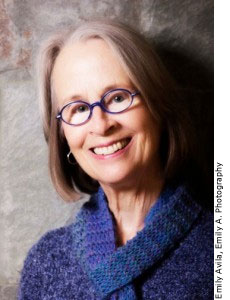 Atypical among white civil rights volunteers, Gitin came from a low-income rural family in Northern California. Early influences included her Quaker grandmother, anti-war activist Aunt Ruth and her Japanese-American and Jewish classmates at Penngrove Elementary School. As a freshman at San Francisco State College she encountered radical professors and students, but it was Martin Luther King Jr’s call for students to come South after the attack on voting rights marchers in Selma, known as Bloody Sunday, that she felt moved to action.

Maria Gitin has continued to fight for racial justice and to register voters in diverse communities for more than four decades. For twenty-eight years, she was principal of Maria Gitin & Associates development consulting group. She is a frequent presenter on cultural competency and voting rights, and has received numerous racial justice awards and commendations including from the YWCA, NAACP, State of California Assembly, Alabama House of Representatives, Defense Language Institute (US Army) and US Congressman Sam Farr.

Gitin served on the Peter F. Drucker Foundation national training team, as coach for CompassPoint’s Fundraising Academy for Communities of Color, led training for the WK Kellogg and Tides foundations, and has presented at national conferences including the Association of Fundraising Professionals. Among other projects, she founded a shelter for survivors of domestic violence and a public library foundation.

After launching “This Little Light of Mine 1965”, Maria Gitin continues to offer a place for civil rights veterans, friends and family to share stories about the voting rights movement in Wilcox County, AL at Wilcox County Freedom Fighters blog.

THIS BRIGHT LIGHT OF OURS
Order Now:
Amazon
Barnes & Noble
And at independent bookstores.


Other Publications by Maria Gitin